The most experienced was EFO Violinist Sergej Bolkhovets, who made a blazing case for the Third’s tricky finale

Sergej Bolkhovets is an ascending young conductor with an already extensive international career as a violinist playing as a guest a.o. with Berliner Philharmoniker. He was awarded the position of Junior Fellow in Conducting at the Royal Northern College of Music from 2016 to 2018, as well as the Leverhulme Conducting Fellowship at the Royal Conservatoire of Scotland in 2019-20.

This season Sergej Bolkhovets celebrates his debut with the BBC Scottish Symphony Orchestra, where he also acts as assistant to Chief Conductor Thomas Dausgaard as part of his Leverhulme Conducting Fellowship. Through the fellowship he also collaborates with the Royal Scottish National Orchestra, Scottish Opera, Scottish Chamber Orchestra, Red Note Ensemble, amongst others. Mr. Bolkhovets finishes the season with his return to Dalasinfoniettan for a symphonic concert.

In the 2018-19 season he debuted with the BBC Philharmonic in Manchester and conducted the Tonhalle Orchestra Zürich during a masterclass with David Zinman. He also acted as Assistant Conductor at the State Opera of Plovdiv for productions of Verdi’s Falstaff and Tchaikovsky´s Swan Lake, where he also made his Bulgarian debut with a symphonic programme. At the Daegu International Music Festival 2018 in Korea he served as Assistant Conductor for Verdi´s Don Carlo.

He has also worked repeatedly with leading Swedish orchestras such as the Norrköping Symphony Orchestra, Norrlandsoperan, Gävle Symphony Orchestra and Dalasinfoniettan. Other past conducting engagements include the 10/10Ensemble, Jenaer Philharmoniker, Västerås Sinfonietta, Norrbotten “NEO” and “KammarensembleN”.

Sergej Bolkhovets has conducted concerts with soloists such as British cellist Hannah Roberts (Solo Cellist of the Manchester Camerata) in the Elgar Cello Concerto with the Liverpool Mozart Orchestra, Norbert Anger (Principal Cellist of the Dresden Staatskapelle) in the Schumann Cello Concerto with the Marburg University Symphony Orchestra, Avan Yu (winner of the Silver Medal at Santander International Piano Competition and Gold Medal at the Sydney International Piano Competition) in Rachmaninov’s Piano Concerto No. 2 with the Berlin Schöneberg Symphony Orchestra at the Berlin Philharmonie.

He assisted on and conducted performances of Händel’s Theodora and Massenet’s Cendrillon at the Royal Northern College of Music.

In addition to the Junior Fellowship in Conducting at the RNCM in Manchester, Mr. Bolkhovets studied conducting at the University of Music Franz Liszt Weimar with Markus Frank and at the Royal College of Music in Stockholm with Prof. B. Tommy Andersson. He has also participated in masterclasses with Sir Mark Elder, Paavo Järvi, Neemi Järvi, Leonid Grin, Peter Rundel, Jac van Steen, Timothy Reynish and Kenneth Kiesler.

In his career as a violinist, Sergej Bolkhovets started playing in the Berlin Philharmonic already at the age of 22, prior his graduation from the Hochschule für Musik Hanns Eisler in Berlin, where he studied with Prof. Ulf Wallin and in the post-graduate programme with Prof. Tabea Zimmermann. He also studied violin at the Royal College of Music in Stockholm in a post-graduate soloist diploma programme with Joakim Svenheden.

He has played in a total of 23 prestigious orchestras, such as Swedish Radio Symphony Orchestra and Frankfurter Oper- und Museumsorchester, and has been a guest concertmaster in approximately half of them, including at the Royal Opera Stockholm, Royal Scottish National Orchestra, and Gothenburg Symphony Orchestra.

I have seen Bolkhovets a few times now and really admire his style and control, and he is lovely to watch too, as he immerses himself in the music he is playing but never letting it overtake him, keeping a firm and masterful grip on the players in front of him.

The assured conducting by Sergej Bolkovets of the tremendous orchestra sweeps us along through the story.

The piece (‚Les Offrandes Oubliees‘ [The Forgotten Offerings] by Olivier Messiaen) was conducted by Sergej Bolkhovets, who controlled the orchestra with accustomed skill, highly confident and masterful, the pauses in this piece was excellently observed. A delight to watch. 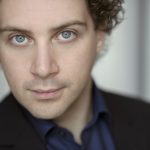 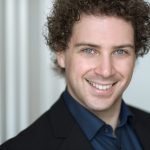