It is earthy and eerie, grounded and cosmic, violent and tender, historic and contemporary, universal yet firmly situated in a South African context. In this, one senses the sharp mind and adventurous spirit of director Matthew Wild, never one to shy away from innovation.

Matthew Wild is one of the most versatile and prolific South African theatre directors of his generation, equally at home staging operas, musicals, new plays and classic texts. A two-time Fleur du Cap Award winner, Mr. Wild’s productions have been seen on stages throughout his homeland, as well as in Germany, Sweden, Switzerland and Ireland. Since 2015, he has been the Artistic Director of Cape Town Opera.

The 2020-21 season sees Mr. Wild´s house debut at Theater an der Wien with Gershwin´s Porgy and Bess, as well as his return to the Hessische Staatstheater Wiesbaden staging Verdi´s Macbeth. He also returns to Konzert Theater Bern to direct Wagner´s Parsifal and ends the season directing Humperdinck’s Königskinder at the Tiroler Festspiele in Erl, Austria.

Mr. Wild started the 2019-20 season staging Gluck’s Orphée et Eurydice for Cape Town Opera, where he also directed the South African premiere of his production of Puccini’s La Bohème (a co-production with Konzert Theater Bern) later in the season. He debuted at the Staatstheater Braunschweig with Kander and Ebb’s Chicago. He was scheduled to return for a third consecutive season to Konzert Theater Bern to direct Luigi Nono’s Intolleranza 1960, following productions of La Bohème and Mozart’s Don Giovanni (his Swiss debut), but it was cancelled due to corona.

Matthew Wild made his German debut with a critically acclaimed production of Katya Kabanova for the Hessische Staatstheater Wiesbaden in 2016, which was revived in 2017-18.

In June 2019 he staged Cyndi Lauper’s Kinky Boots for The Fugard Theatre in Cape Town (winner of the Fleur du Cap Award), where he also created an award-winning production of Richard O’Brien’s The Rocky Horror Show in 2013. This was followed by Kander and Ebb’s Cabaret in 2015, Jule Styne’s Funny Girl in 2017, as well as a major production of Bernstein’s West Side Story at the Artscape Opera House in Cape Town in 2015 and in Johannesburg in 2017, returning to Cape Town in 2018.

Mr. Wild made his opera directing debut in Sweden in 2009 with Boesmans’ Julie for NorrlandsOperan and Malmö Opera. He returned in 2013 to direct the premiere of Philip Miller’s Between a Rock and a Hard Place in Stockholm.

His work in spoken theatre stretches back to his professional debut in 2000, with the self-penned drama More, created while he was still completing his studies in Drama and English at the University of Cape Town. Notable productions of contemporary scripts include Brent Palmer’s Witnesses, John van der Ruit’s Crooked, Pieter Jacobs’ Dalliances, Brett Goldin’s Bad Apple, Nhlanhla Mavundla’s A Man and a Dog and Nicholas Spagnoletti’s Special Thanks to Guests from Afar. He made his Shakespearean debut with The Comedy of Errors at the Maynardville Open-Air Theatre in 2012. 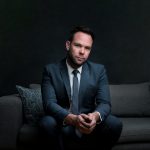 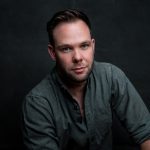 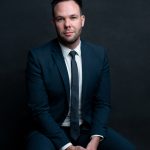 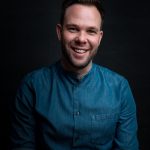