German-Brazilian tenor Martin Muehle has been praised for his vocal prowess and dramatic intensity on stage in some of the most challenging tenor roles.

Mr. Muehle opens the 2019-20 season with his return to Oper Köln as Don José in a new production of Bizet’s Carmen directed by Lydia Steier, a role he also sings again at the Bolshoi Theatre, and he debuts at the Liceu Theatre in Barcelona as Turiddu in Mascagni’s Cavelleria Rusticana and Canio in Leoncavallo´s Pagliacci conducted by Henrik Nánási and directed by Damiano Michieletto. He returns to the Deutsche Oper Berlin in the title role of Giordano’s Andrea Chénier, where he also celebrates his role debut as Herman in a new Graham Vick production of Tchaikovsky’s Pique Dame conducted by Sebastian Weigle. He closes the season at The Israeli Opera as Canio in Pagliacci under the baton of Asher Fisch.

Last season, Mr. Muehle returned to Deutsche Oper Berlin for performances in the title role of  Andrea Chénier at Deutsche Oper Berlin, a role he also portrayed at Teatro Comunale di Modena, Teatro Regio di Parma, Teatro Reggio di Emilia, Fondazione Teatro di Piacenza and the National Theatre in Prague. He also performed Don José in Bizet’s Carmen at Staatsoper Hamburg and at the Bolshoi Theatre, the latter conducted by Tugan Sokhiev. He gave his US and house debut at Seattle Opera as Manrico in Verdi’s Il Trovatore and returned to Oper Köln as Calaf in Puccini’s Turandot, a role he also sang at Deutsche Oper Berlin. He also performed again in Teatro Massimo in Palermo as Canio in Leoncavallo’s Pagliacci conducted by Daniel Oren and debuted at Arena di Verona in the roles of Don José and Radames in Verdi’s Aida.

Further highlights from recent seasons include his role and house debut opposite Angela Gheorgiu at Teatro Massimo in Palermo as Maurizio in Cilea’s Adriana Lecouvreur  conducted by Daniel Oren, his role debut as Manrico in a new production of Il Trovatore at Konzert Theater Bern, as well as his role debut singing the title role in Wagner’s Lohengrin in a new production by Vincent Boussard at Theater St. Gallen. He has also sung Don José at the National Theatre in Prague, Konzert Theater Bern, the Bregenz Festival in 2017 and 2018, Oper Graz, Nationaltheater Mannheim, and Theater St. Gallen and in Buenos Aires.

In prior seasons at Nationaltheater Mannheim, where he was in the ensemble from 2013 to 2015, he portrayed roles such as Hagenbach in Catalani’s La Wally, Faust in Berlioz’s La Damnation de Faust, Gabriele Adorno in Verdi’s Simon Boccanegra, as well as Puccini roles such as Calaf in Turandot and Pinkerton in Madama Butterfly, the title role in a new production of Verdi‘s Stiffelio and Fritz in Schreker’s Der ferne Klang, as well as the title role in Wagner’s Lohengrin.

Further past engagements include Andrea Chénier at Teatro Petruzelli in Bari, Des Grieux in Puccini’s Manon Lescaut in São Paolo, Faust in Arrigo Boito’s Mefistofele and Arrigo in Verdi’s I Vespri Siciliani at Theater Freiburg, Pollione in Bellini’s Norma at Theater St. Gallen, Luigi in Puccini’s Il tabarro at Theater Bielefeld, Radames in Aida at the St. Margarethen Festival, Siegmund in Wagner’s Die Walküre at Theater Detmold, and Calaf at Teatro Filarmonico in Verona. In South America Mr. Muehle made a name for himself singing roles such as Turiddu in Brasilia, and Siegmund in Die Walküre in La Plata and at Theatro Municipal in São Paulo, where he also sang Alfonso in Korngold’s Violanta and Guido in Zemlinsky’s Eine florentinische Tragödie.

He has appeared in concert as soloist in Verdi’s Requiem with the Rundfunk-Sinfonieorchester and Rundfunkchor Berlin under the baton of Simon Halsey at the Berlin Philharmonie, as well as at the Gewandhaus in Leipzig with the MDR Symphony, in Das Lied von der Erde conducted by Dan Ettinger in Mannheim and has worked with the Croatian Radio Symphony Orchestra in Zagreb. He has also sung Gounod’s St. Cecilia Mass at the Theatro Municipal in São Paulo, Beethoven’s Symphony No. 9 at the Cathedral of Porto Alegre and at Palácio das Artes in Belo Horizonte.

He is featured on the critically acclaimed Naxos recording of Zandonai’s Francesca da Rimini in the role of Paolo il bello with the Philharmonic Orchestra Freiburg under Fabrice Bollon.

Martin Muehle was born in Porto Alegre in Brazil and studied at the Musikhochschule in Lübeck, Germany.

The Brazilian tenor Martin Muehle (Paolo) was a real discovery, with a well-schooled, baritonal instrument, secure top, and magnificent cantilenas. He was simply ideal in this part… 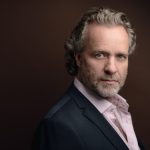 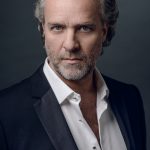 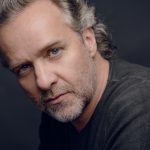 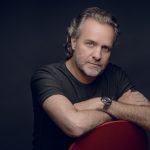 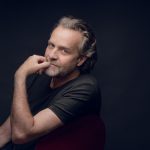 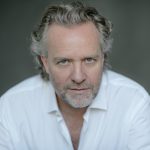 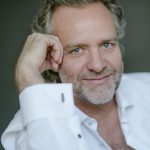 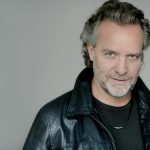