In the season 2020-21 Mr. Brown debuts with the Poznań Philharmonic Orchestra in Poland and at the Longbourough Festival with a production of Janáček´s The Cunning Little Vixen. He returns to the Badische Staatstheater Karlsruhe for a new production of Berg´s Wozzeck, as well as for concerts with the Badische Staatskapelle. Mr. Brown´s scheduled debut at the Teatro Colón in Buenos Aires with Menotti’s The Consul was cancelled due to the corona pandemic.

During his time as Music Director of the Badische Staatstheater Karlsruhe, he was critically acclaimed for his performances of the Karlsruhe Ring Cycle between 2015 and 2018, working with four different directors. He commissioned and gave the world premiere of Avner Dorman’s first opera Wahnfried, which was hailed as a masterpiece by the opera press worldwide and nominated for an International Opera Award in 2018. In Karlsruhe he conducted more than 30 operas, including productions of The Cunning Little Vixen, Parsifal, Falstaff, Elektra, Tristan und Isolde, Die Meistersinger von Nürnberg, Les Troyens, Delius’ A Village Romeo and Juliet, and Krása’s Verlobung im Traum, as well as a number of symphonic programmes with the Badische Staatskapelle. Under Justin Brown’s leadership, the Staatstheater also received the 2012 German Publishers’ Award for innovative programming and commitment to contemporary music.

Recent seasons included his debut at the Deutsche Oper Berlin conducting Wagner’s Lohengrin, his return to Welsh National Opera for The Consul after having conducted the world premiere of Elena Langer’s Figaro Gets a Divorce directed by David Pountney both at the latter and at the Grand Théâtre de Genève, as well as his return to Oper Frankfurt for performances of Glinka’s Ivan Susanin. Other career highlights have taken him to English National Opera, Covent Garden (with Scottish Opera), Opera North, Santa Fe Opera, Staatsoper Stuttgart, Opéra de Nantes, Opéra National du Rhin, Teatro Nacional de São Carlos in Lisbon and the Norwegian Opera.

In six seasons as Music Director of the Alabama Symphony Orchestra, Mr. Brown and the ASO received three first-place ASCAP awards in 2010, 2012, and 2013, and the John S. Edwards Award for Strongest Commitment to New American Music in 2011. In addition to commissioning eleven new works from eight composers, Brown conducted major works by many distinguished contemporary composers such as Elliott Carter, George Crumb, John Adams, Peter Lieberson and Steve Reich. The Alabama Symphony’s artistic growth also led to Brown’s triumphant and “long overdue” (Alex Ross, The New Yorker) debut with the orchestra at Carnegie Hall in May 2012, as part of the second annual Spring For Music Festival. His legacy includes the institution of a composer-in-residence program as well as the founding of the Alabama Symphony Youth Orchestra.

Justin Brown’s discography includes the 2013 release of Paul Lansky’s Arches on Bridge Records, a 2012 release of Mahler’s Ninth Symphony with the Badische Staatskapelle Karlsruhe on the Pan Classics label, praised by Christian Merlin in Diapason Magazine as “an exemplary account of the intimidating Ninth”. Brown was also recognised with a 2007 Grammy nomination for Best Classical Recording for Peter Lieberson’s The Six Realms (Bridge Records, 2006, also the winner of a 2006 WQXR Gramophone American Award), and an Editor’s Choice from Gramophone Magazine for Gershwin’s complete music for Piano and Orchestra with Anne-Marie McDermott and the Dallas Symphony Orchestra (Bridge Records, 2008). Other recordings for Bridge have included works by Carter, Ruders, Gershwin, Dvořák, and Paul Lansky. Brown also conducted a critically acclaimed recording of the Elgar and Barber cello concertos with Anne Gastinel and the City of Birmingham Symphony Orchestra on the French label, NAÏVE.

Born in England, Justin Brown studied at Cambridge University and at Tanglewood with Seiji Ozawa and Leonard Bernstein. He later served as an assistant to both Bernstein and Luciano Berio. He made his highly acclaimed conducting debut with the British stage première of Bernstein’s Mass. Also in demand as a pianist, Mr. Brown’s performances have been lauded on both sides of the Atlantic. He has played and directed concertos by Bach, Mozart, Beethoven, Chopin, Rachmaninov and Shostakovich, and performs regularly in chamber music series both in the United States and Germany.

If one wanted to name one constant in the new Karlsruhe Ring, the answer would be very clear: it is the Badische Staatskapelle and its Music Director Justin Brown that impress in the cycle with a well-rounded musical foundation of varied and carefully produced colours that is always very singer-friendly. This bears witness to the great experience the orchestra has with the works of Richard Wagner. Laying it on thick is not Justin Brown’s approach, which is not to say that swelling symphonic dynamics were lacking. Once again in the third part of the Ring he concentrated on achieving fine-grained orchestral playing with enthralling attack, while taking care that the individual instrumental groups were all clearly audible. … Surely very few upper mid-level houses have such a trump card up their sleeve as this orchestra when it comes to performing Wagner on an internationally competitive level.

- The Guardian (Figaro Gets a Divorce, Welsh National Opera, February 2016) - 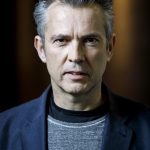 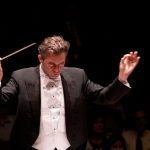 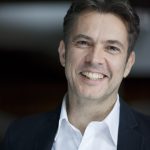 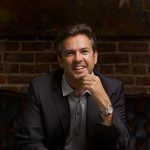