German bass Frederic Jost joined the International Opera Studio of the Staatsoper Unter den Linden in Berlin in the 2019-20 season, where his roles include a Streltsy in the new production of Mussorgsky’s Khovanshchina conducted by Vladimir Jurowski and Second Armoured Man in Die Zauberflöte.

He also appears in recital under the auspices of Thomas Hampson’s Lied Academy in the Pierre Boulez Saal in Berlin and as bass soloist in Bach’s Christmas Oratorio at the Tiroler Festspiele in Erl, Austria.

Frederic Jost was born in Munich and had his first musical training with the Tölzer Knabenchor. In 2003 he made his debut at the Staatsoper Unter den Linden singing Yniold in Debussy‘s Pelleas et Mellisande and in 2004 he performed in Bernstein‘s Chichester Psalms at Concertgebouw Amsterdam and the Herkulessaal of the Residenz in Munich. He also appeared as soloist in Bach‘s Mass in B minor at the Thomaskirche Leipzig and on a CD recording of Orlando di Lasso’s Psalms.

After studying musicology, Mr. Jost commenced vocal studies with Michelle Breedt at the Hochschule für Musik und Theater in Munich from 2014 to 2019. He also participated in Master Classes with Brigitte Fassbaender and was awarded scholarships from the Foundation Yehudi Menuhin Live Music Now München e.V., the Richard Wagner Society, and the 2020 Lied Academy of the Heidelberger Frühling Festival.

Mr. Jost returned to Oper Frankfurt in 2019 to sing the First Apprentice in Christof Loy’s production of Berg’s Wozzeck. where he made his company debut in 2018 singing Ordulfo in Manfred Trojahn‘s Enrico. Since 2014 he has appeared regularly at the Bayerische Staatsoper in Munich in roles such as a Coryphée in Gluck’s Alceste conducted by Antonello Manacorda in 2019, Assan in Menotti’s The Consul in 2017, in the role of “Achills tiefer Schatten” in Hauke Jasper Berheide’s world premiere Mauerschau conducted by Oksana Lyniv during the Münchner Opernfestspiele 2016, in the main bass part in Magal’s Jephta’s Daughter in 2015, and as Zweiter Hauptmann in Zimmermann‘s Die Soldaten under the baton of Kirill Petrenko in 2014.

In 2016, he made his debut at the Davos Festival and in 2018 appeared as a young artist at the Bregenz Festival in Il barbiere di Siviglia directed by Brigitte Fassbaender. He has appeared in recital with pianist Donald Sulzen at the festival Fränkische Musiktage in Alzenau and sung Pilate in Bach‘s St. John’s Passion under the baton of Hans-Jörg Albrecht, as well as Christus in Bach’s St. Matthew’s Passion, Beethoven‘s Symphony No. 9, Händel’s Messiah, Haydn’s Salve Regina, Mozart’s Requiem and Vesperae solemnis, and Schumann’s Faust-Szenen. 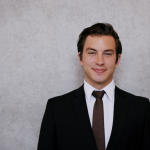 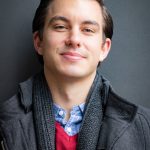 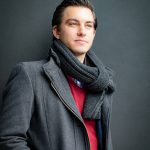